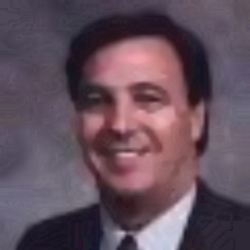 Vic Pence has been in the insurance industry for over 37 years, having held multiple titles and positions. He currently supervises an SIU team at Mercury Insurance. Vic began his career as liability adjuster at Aetna but quickly found his calling when he joined Firemen’s Fund pioneer Special Investigations Unit. Since that time he has worked for Golden Eagle insurance as their Director of SIU and infinity Insurance in the same capacity. During his multi-faceted career which includes handling suspicious commercial and personal line property and casualty claims. Vic has participated in numerous operations including Operation Big Fish, KI-Town and other numerous multi-agency operations. He has successfully testified in civil and criminal trials. Vic has been recognized for his efforts by both peers and law enforcement; being twice awarded Investigator of the Year by Southern California Chapter IASIU, and receiving formal commendations from the ATF and LASD Arson Bomb Fraud for his work in fire claims. As a former President of Southern California’s IASIU, he maintains relationships with the SIU community and stays active in the industry.