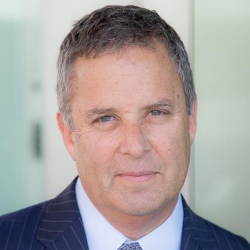 Tom Fraysse is an attorney with Knox Ricksen LLP and represents victims of fraud in common law fraud, unfair business practices, California Insurance Code section 1871.7 (“qui tam”), and state and federal False Claim Act actions against a wide spectrum of defendants – doctors, lawyers, chiropractors, hospitals, clinics, management companies, medical device manufacturers and distributors, pharmacists, pharmaceutical companies, and automotive repair shops, among others. He led a group of Knox Ricksen LLP attorneys in securing a string of large judgments for insurance carriers under California’s insurance qui tam or “whistleblower” statute (California Insurance Code section 1871.7), including a $11,544,037 judgment in People of the State of California ex rel. Allstate Insurance Company v. Wonguen Chang et al. (Los Angeles County Superior Court, Case No. BC541476 and 37 Cal.App.5th 253), which involved claims made by a eight “sham” law firms that were illegally owned and operated by non-professionals; and a $7,010,668.40 judgment in the matter of People of the State of California ex rel. Allstate Insurance Company v. Daniel H. Dahan and Progressive Diagnostic Imaging, Inc., et al. (Los Angeles County Superior Court, Case No. BC397695 and 3 Cal.App.5th 372), in which a chiropractor was sued for producing fraudulent x-ray reports that were presented to carriers in support of claims. Currently, he is co-lead counsel in the Southern California counterfeit spinal implant litigation, representing a host of victim carriers and 160 individuals who received counterfeit hardware in spinal fusion surgeries and is lead counsel for a major union health care trust fund in a section 1871.7 action against a compounding pharmacy, its owners and a prescribing physician in which over $50 million in compound drugs were prescribed to plan members via telemedicine over a period of roughly one year. He has tried in excess of 30 jury trials to verdict and has litigated approximately 2,000 matters, which has led to recognition by his peers as a Northern California Super Lawyer from 2005 to the present (fifteen years), an AV rating (“Preeminent”) from Martindale Hubbell – “a testament to the fact that a lawyer’s peers rank him or her at the highest level of professional excellence,” and membership with the American Board of Trial Advocates (ABOTA), an invitation-only national association of experienced trial lawyers and judges who are dedicated to the preservation and promotion of the civil jury trial right provided by the Seventh Amendment to the U.S. Constitution, with an emphasis on civility, integrity and professionalism. Tom’s fraud cases have been featured on CBS and ABC news, on NPR, and in the pages of the Wall Street Journal and the Daily Beast, among other news outlets. Tom has frequently spoken at the Annual Anti-Fraud Conference, is a member of the AFA Board of Directors and has twice served as its president.