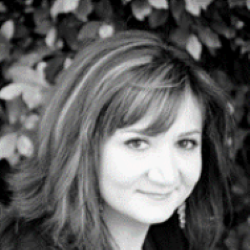 Shaddi Kamiabipour has worked for the County of Orange for over 24 years. She began her career as a deputy public defender in 1996 and was recruited to the Orange County District Attorney’s office in 2000. Ms. Kamiabipour has successfully prosecuted a variety of criminal cases and has tried over 85 jury trials. Ms. Kamiabipour began prosecuting organized white-collar crimes in October of 2009. Although Ms. Kamiabipour has successfully prosecuted defendants who committed premium fraud, public works fraud and insider fraud, she is best known for her successful prosecution of medical providers who engage in organized multi-million dollar fraud schemes. Ms. Kamiabipour has prosecuted in excess of 60 defendants for committing over 500 million dollars in insurance fraud. Ms. Kamiabipour has received the following awards for her efforts in fraud prosecutions: Law Enforcement Officer Award of the year in 2016 from the International Association of Special Investigation Units and her office won the Multi-jurisdictional Investigative Excellence Award from the National Chapter of the same organization in 2016. She was recognized as the Prosecutor of the Year by the Employers Fraud Task force and the WeTip organization in 2016. In December of 2017, she received the award for Prosecutor of the Year from Coalition Against Insurance Fraud, a national organization.