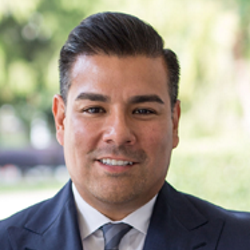 Since taking office in January 2019, he has acted to protect California consumers, fight climate change, and expand access to health care for all – while preserving a competitive insurance market.

He has taken action to protect the availability and reliability of insurance, sponsoring legislation to allow wildfire survivors to better access their benefits. During the COVID-19 pandemic, he has directed insurance companies to provide premium relief to drivers and businesses due to reduced risk of loss, resulting in premium refunds back to consumers and business owners totaling $1.7 billion and counting.

He also directed health insurance companies to return premiums due to reduced use of health care services during the pandemic and pushed for zero health insurance patient cost-sharing for COVID-19 testing and screening.

He sponsored the Equal Insurance HIV Act signed by Governor Gavin Newsom in 2020 to stop insurance companies from denying life and disability income insurance coverage based solely on HIV status, and he has expanded the Department’s insurance diversity initiative to include LGBT- and veteran-owned businesses, on top of women-owned, black-owned, and other diverse businesses.

To confront the growing threat of climate change, he created the nation’s first Climate and Sustainability Branch within the Department of Insurance, launched the first subnational state-level partnership with the United Nations to create a “sustainable insurance roadmap,” and co-chairs the first executive level task force of the National Association of Insurance Commissioners dedicated to climate risk and resiliency.

Commissioner Lara previously served in the California State Legislature, representing Assembly District 50 from 2010 to 2012 and Senate District 33 from 2012 to 2018. He is one of California’s most effective health care and environmental champions, working to expand health coverage and curtail air pollution.

During his service in the California State Legislature, Commissioner Lara authored the Health4All Kids Act, which now covers all California children with full-scope health care regardless of their immigration status.

Commissioner Lara earned a BA in Journalism and Spanish with a minor in Chicano Studies from San Diego State University.