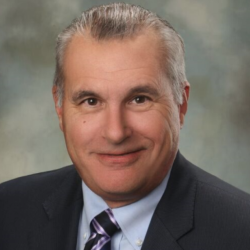 Jonathan H. Colman has been practicing law in California since 1980 and is the principal and managing attorney for Colman Perkins Law Group. He is rated AV Preeminent® by Martindale-Hubbell, the highest peer rating for lawyers in the United States. In addition to civil litigation, Jon began specializing in the investigation and litigation of suspect claims in 1986, a concentration on which he has continued to focus.

Jon has testified as an expert witness on SIU procedures and before the California State Assembly on the scope and purpose of the examination under oath. He lectures extensively across the U.S. on matters relating to the evaluation and investigation of suspect claims. His areas of specialty include examinations under oath, automobile theft, arson, suspect medical and chiropractic treatment and the avoidance of “bad faith” in the investigation of first party claims.

Jon is a member and legal advocate of the International Association of Special Investigation Units (IASIU) and was previously elected vice president of the Southern California Fraud Investigators Association (SCFIA). He has also served as panel counsel for IASIU and drafted anti-trust guidelines for the IASIU Southern California chapter, while serving as its first general counsel. Jon was an original faculty member of the National Insurance Crime Bureau (NICB) Special Investigation Academy, creating and teaching the course “Fraud and the Legal Profession.”

Jon obtained his undergraduate degree from U.C.L.A. in 1975 and his law degree from Southwestern University School of Law in 1980.