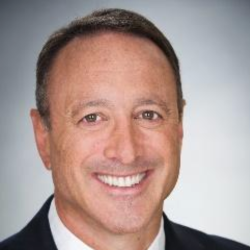 He has advised many organizations in a key capacity, including:

Mr. Kass is highly prominent and well-regarded in the area of insurance fraud litigation. His press credits include The New York Times, Los Angeles Times, Daily Journal, and scores of other periodicals. Additionally, he frequently appears on television and radio for his role as lead counsel in numerous “whistleblower” or “qui tam” actions, where insurance companies have sued professionals, including attorneys and doctors, for their role in large fraud rings. Mr. Kass prevailed in the first jury trial under Insurance Code §1871.7, the “whistleblower law,” obtaining an $8.2 million jury verdict against the defendant doctors. Mr. Kass was also lead counsel on the first state “whistleblower” action, which was based upon civil claims, and has prevailed at trial on other affirmative cases against those submitting false insurance claims.
Mr. Kass has been called upon by various insurance companies to assist in the prosecution of complex and sophisticated fraud rings. He regularly lectures across the country and trains professionals in a variety of subject areas involving insurance fraud defense, affirmative litigation issues, and insurance coverage issues.

Mr. Kass is extensively experienced in the area of transportation litigation. He represents many trucking and other transportation clients, and serves as monitoring counsel for high exposure matters. His team also specializes in the handling of class action defense and defending unfair business practice claims (Business and Professions Code §17200).

Mr. Kass has written scores of articles for national journals, organization publications and newsletters in the area of insurance fraud litigation.

Mr. Kass has served as both an arbitrator and as a mediator since 1993. He graduated from UCLA in 1984 with a joint degree in political science and psychology. He received his JD from Loyola Law School in 1988. He has served as a mentor for law students for many years.