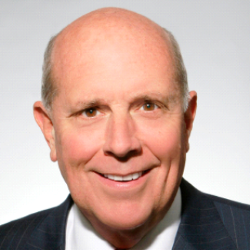 Mr. McDowell obtained his juris doctorate at the University of the Pacific, McGeorge School of Law, in 1974. Thereafter, he joined the Alameda County District Attorney’s office as a Deputy District Attorney, prosecuting all major crimes. In 1980, he became an associate at the San Francisco law firm of Lossing, McGlynn & McLorg, specializing in the handling of insurance defense matters. Mr. McDowell became a partner in the San Francisco firm of McGlynn, McLorg & McDowell in 1983, which continued to specialize in insurance defense matters.

In 1995, Mr. McDowell commenced his own law firm. That firm has grown to approximately fifteen to twenty lawyers and four offices.

Based upon his prosecutorial background, Mr. McDowell specialized in the handling of special investigation unit (SIU) cases before that term was ever coined. In the early 1980s, he was handling first party cases for insurance companies who requested he conduct examinations under oath. He continues to specialize in this area, handling first party claims involving arsons, burglaries, thefts and coverage issues.

Mr. McDowell’s legal career has focused on the successful investigation and handling of suspicious insurance claims and litigation of personal injury actions. His firm will continue to focus in these areas and provide the quality and excellence in legal representation that the firm’s clients have come to expect.